How Are Middle Eastern Noses Different From Those Of Other Ethnicities? 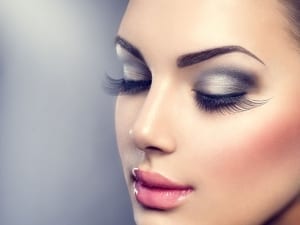 Persons of Mediterranean and Middle Eastern descent can have noses that appear to be elongated and overly prominent.  When examining a nose it is helpful to evaluate the individual subunits.

Middle Eastern noses can have tips that droop or are pointed downwards.  A drooping nasal tip creates an appearance of an elongated nose.  By rotating the tip of the nose upwards a drooping nose can appear more refined. Increasing the amount of nasal tip  rotation will make the nose appear less elongated on the profile view and less drooping on the front view.

The nasal tip is often wide and prominent on the front view.  By reshaping the nasal tip cartilages the nose will appear more refined and in better balance with the other facial features.

A hanging columella (the strip of skin between the nostrils) is another cause of a drooping nasal tip.  Columellar ptosis can be corrected at the time of rhinoplasty to improve the infratip lobule (the lower part of the nasal tip). Reducing a hanging columella will make the nose appear less elongated on the profile view and less drooping on the front view.

Middle Eastern noses can have a prominent hump on the bridge.  The hump or convexity is most visible on the profile view.  Reducing the prominence of the hump can make a significant impact on the overall appearance of the nose.

If you would like to know more about Middle Eastern Rhinoplasty in San Diego and would like to consult with Dr. Kolstad at his La Jolla Facial Plastic Surgery office. Give us a call at 858.859.2563 to schedule your appointment today.

We are conveniently located in La Jolla between the I5 and I805 freeways.  We are dedicated to plastic surgery of the face and neck and enjoy serving men and women in La Jolla, Del Mar, San Diego, Rancho Santa Fe, Solana Beach, Encinitas and Southern California.