This patient of Middle Eastern descent desired a more refined nose.  The most important goal of every male rhinoplasty surgery is to not over do it.  Changes should look strong and masculine without a plastic appearance.

This patient did not like the way his nose fit his face. He felt like the tip of his nose was drooping and was unhappy with the hanging columella.  He did not like the hump on the bridge of his nose.  He was concerned about an unnatural rhinoplasty outcome.  He wanted the nose to look refined but not over done.

During his rhinoplasty surgery the bridge of the nose was straightened removing a prominent hump.  The tip of his nose was lifted to a masculine 90 degree angle.  The drooping columella was lifted and secured to the septum.  The nasal tip cartilages were refined but not narrowed or pinched.

The changes created during her rhinoplasty surgery created a very natural appearing result consistent with his  Middle Eastern background. 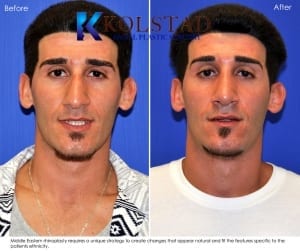 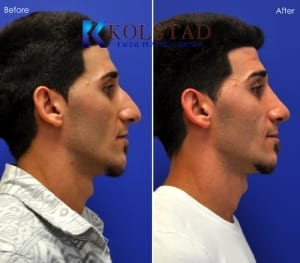 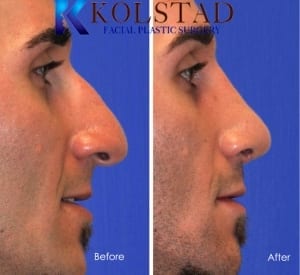 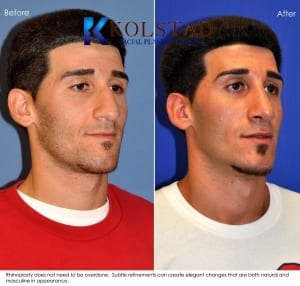 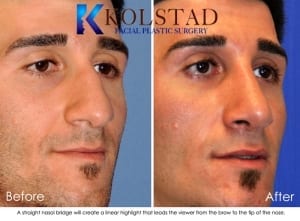 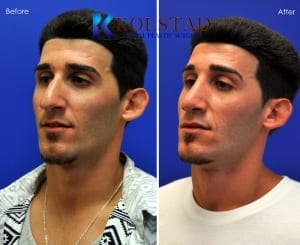 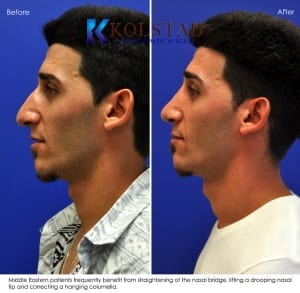 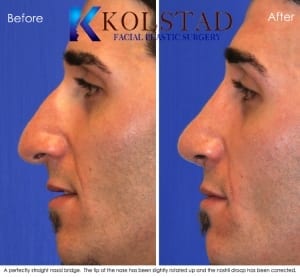 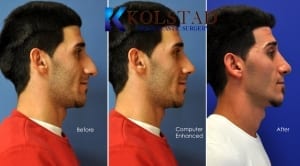 2) Middle Eastern Rhinoplasty San Diego 3: Rhinoplasty does not need to be overdone.  Subtle refinements can create elegant changes that are both natural and masculine in appearance.

3) Middle Eastern Rhinoplasty San Diego 4: A straight nasal bridge will create a linear highlight that leads the viewer from the brow to the tip of the nose.

5) Middle Eastern Rhinoplasty San Diego 7: A perfectly straight nasal bridge.  The tip of the nose has been slightly rotated up and the nostril droop has been corrected. 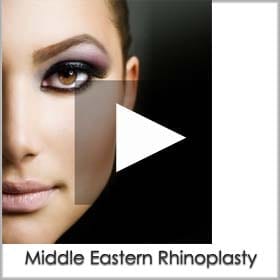