DROOPY COLUMELLA RHINOPLASTY NEAR ME

This patient wanted a nose job in San Diego to address her concerns about the appearance of her nose. She believed her nose was too long and overly prominent for her face. She was most concerned with the droopy appearance of her tip and nostrils. She also wanted to straighten her bridge.

During her rhinoplasty, Dr. Kolstad used advanced rhinoplasty techniques to perfectly straighten her bridge and rotate her tip upwards to a more aesthetic position. This patient is an excellent example of how rhinoplasty can be used to correct droopy nostrils and a hanging columella to make the nasal tip appear tighter and more refined. 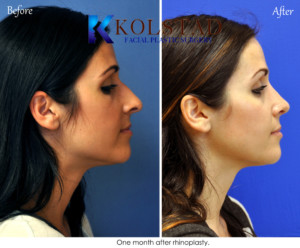 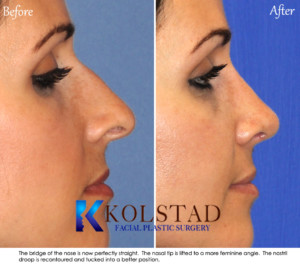 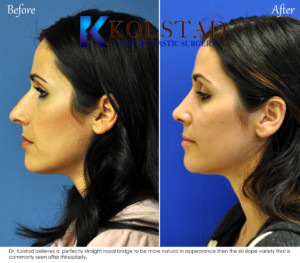 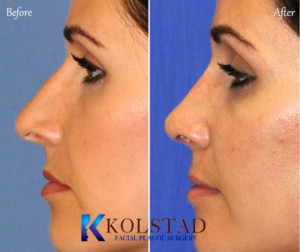 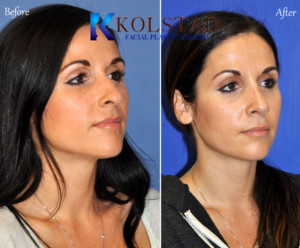 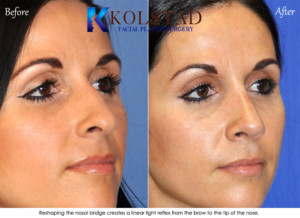 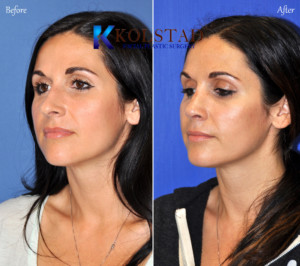 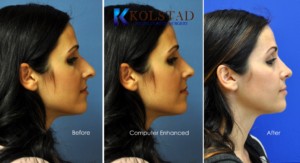 2) Rhinoplasty San Diego 121: The bridge of the nose is now perfectly straight. The nasal tip is lifted to a more feminine angle. The nostril droop is recontoured and tucked into a better position.

3) Rhinoplasty San Diego 123:  Dr. Kolstad believes a perfectly straight nasal bridge to be more natural in appearance than the ski slope variety that is commonly seen after rhinoplasty.

4) Rhinoplasty San Diego 125a: Reshaping the nasal bridge creates a linear light reflex from the brow to the tip of the nose. 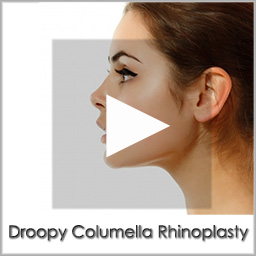